BeThe1To Save a Life. Suicide sufferers don't want to die; they want to stop the pain. 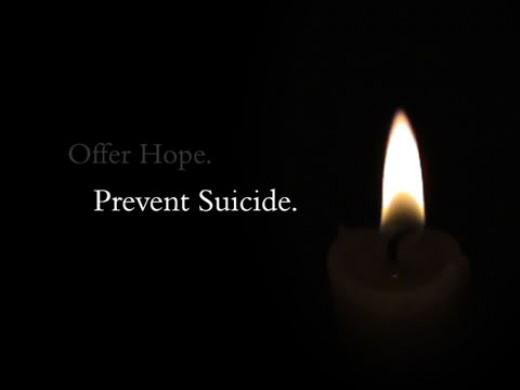 It was heartbreaking to hear in the news that Channing Smith took his life last week because a classmate outed him online. Channing’s death happened on September 23 during Suicide Prevention Month. I planned to write a blog then but procrastination put my pen aside. Channing pushed the envelope.

Suicide is a leading cause of death in the US. Rates increased in nearly every state from 1999 through 2016 doubling homicides. That makes our country’s suicide rates the highest since World War II. According to a new analysis released by the Centers for Disease Control and Prevention’s National Center for Health Statistics that’s a 33% increase since 1999.

Suicide is one of the top four causes of death among people in the age groups between 10 and 44. But from 1999 to 2010, the suicide rate among Americans aged 35 to 64 increased nearly 30 percent. The largest increases were among women aged 60 to 64, with rates rising 60 percent. Then men in their fifties, with rates rising nearly 50 percent.

These facts hit home when we experience this tragedy in our own community and home. Perhaps that’s why Mark Henick's TedTalk is one of the most watched in the world. He’s a suicide survivor who was saved by the "man in the brown coat” causing him to offer hope that we can help. Here’s some signs Henick says may signal suicide: increased alcohol and drug use, aggressive behavior, withdrawal from friends and family, dramatic mood swings, impulsive or reckless behavior and getting rid of belongings.  He urges hearers not to play nice and go silent but speak up to offer hope. Because suffers don’t want to end their life. They want to stop the pain.

Stigma alongside our silence stops suffers from getting help. So if you suspect something, say something. It’s a myth to think that talking about suicide makes a person more prone to act. Talking is a buffer not a barrier. There are a few ways to approach a suicide-crisis:

• Stay calm. Be open and honest. Don’t be afraid to ask questions:
“Do you have a plan for how you would kill yourself?”
• Remove means such as guns, knives or stockpiled pills.
• Calmly ask direct questions: “Can I help you call your doctor/counselor/hotline?”
• Don’t argue, threaten or raise your voice.
• Don’t debate whether suicide is right or wrong.
• If you’re nervous, try not to fidget or pace.
• Be patient and supportive. Call 911 in a crisis.

Don’t short sell yourself. Listening to a story without turning away is a powerful way to bear witness. Living in a FaceBook World where all looks perfect living in reality means sitting with people in dark places. Deep listening that dares looking the other in the eye says "I care. You are valuable.” It’s no small thing to offer a lifeline segueing someone to safety.

Here are some excellent resources to educate yourself about suicide:

•The Terry Wise Story A Suicide Attempt Survivor.
•The National Alliance of Mental Health The Risk of Suicide
•Why We Choose Suicide Mark Henick’s TedTalk

Suicide is not a crime. That ceased on the law books in 1961. Neither is it a sin. There are at least 7 suicides recorded in the bible (Abimelech, Ahithophel, Judas, Sampson, Saul, Saul’s armor bearer, and Zimri). And there is a promise Romans 8 that “neither life nor death,” not even death by suicide, could “separate us from the love of God in Christ.”

National Center for Injury Prevention and Control. (2018, June 7). Suicide rising across the US. Centers for Disease Control and Prevention.